I always avoid writing about London pubs, simply because there are so many that trying to recommend or cover them at all is akin to writing an article called Top Ten Leicester Square Pigeons. However, I get so many (three) requests for London recs that I thought I’d better put in some effort, seeing as London is one of my favourite cities in the world, and the sheer density of drinking establishments can mean that some great places go overlooked. 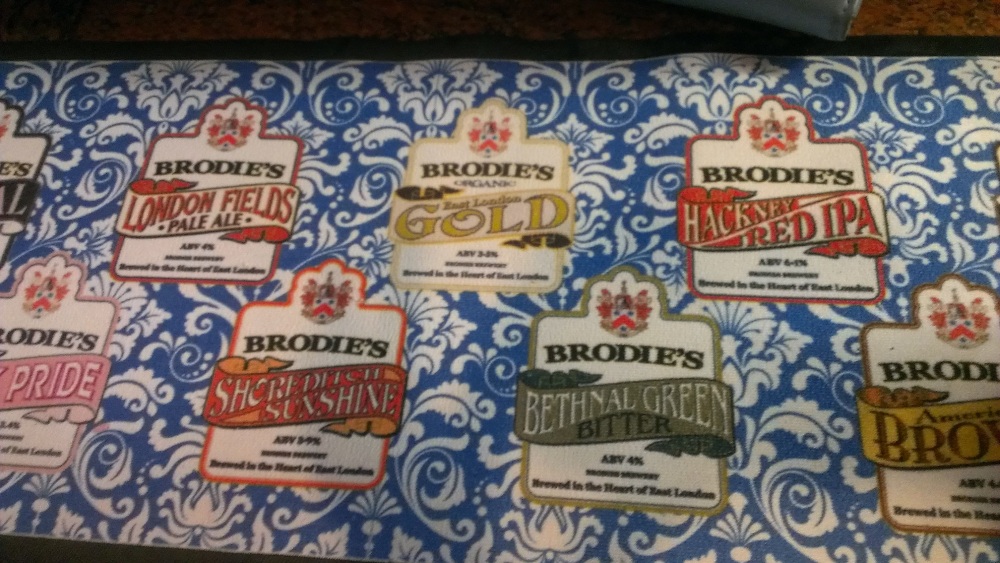 Thirty seconds walk from the bustle of Regent Street is a sort of half-tied house, one of the three owned by the Leyton brewery Brodies. (They also have the Cross Keys in Covent Garden.) I only discovered this pub last year when I ducked in out of the madness of Carnaby Street and found a dim, dark, old fashioned brewery-owned place which had a saison, oatmeal stout, red ale, and any amount of locally brewed lagers on tap. I started on the far left of the pump at the Citron Saison and fell in love with the gaff. On a recent return trip I had a go on their Jamaican Stout, and finally got to re-sample the light, sweet saison earlier this week. It’s an odd old place when you look at it alongside the uber-trendy clothes shops, chain pubs and street food outlets in the vicinity. It really doesn’t fit in to the new Carnaby Street vibe, though you could imagine it thriving during the less cool 1990s iteration of the area when it was more leather studded belts than organic hemp shoes. There’s a dusty signed guitar (by whom I do not know) and a signed photo of KISS nailed to one of the beams. It’s full of paraphernalia and mis-matched furniture. It’s charming when everything around it is sanitised and branded.

Noted by CAMRA for it’s fantastic interior, the Black Lion in Kilburn is worth the trip out just to get a pint of London Pride and look at the ceiling. Its  late Victorian Grade II listed interior is just stunning, with its Florentine frieze, etched windows and original bar back amongst the highlights. Waggledance and Old Peculiar are always available bottled and they have a good few beers on draught, but really I would sit and drink Carling in this place because it’s so gorgeous to look at. The staff are really lovely too, enthusiastic, happy and quick to serve. A bonus is that they serve good food and cocktails, so you don’t have to work that hard to convince non beer drinkers to go there. 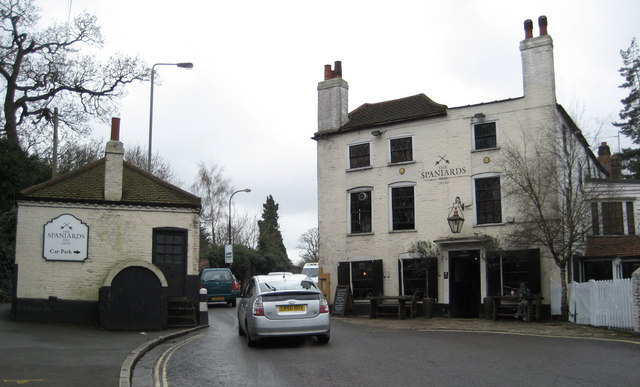 Namechecked by Charles Dickens in the The Pickwick Papers, this is a famous and historic London pub which lives up to its reputation by checking every box on the ‘good pub’ list. Excellent selection of real ales? Check. Warm and welcoming atmosphere? Check. Fantastic food? Check. It also has a massive beer garden which is even nice in the winter when you can take out a mulled wine with a shot of brandy and sit under evergreen boughs in the wooden huts, feeling like you’re a Christmas market without having to deal with crowds or someone trying to sell you a pashmina. One the edge of Hampstead Heath the walk up the hill certainly sharpens your appetite for the excellent food, and though it’s normally busy inside it just adds to the atmosphere. You can sit in the corner where Dickens and Keats did and have a lovely pint with possibly a dog to play with.

Believe me when I say it’s a compliment to call this place a dive. To anyone who lived through Britpop this place was notorious as being frequented by members of Blur, Oasis, Pulp, and anyone else who was knocking about before a gig at Dingwalls. Rumour has it that Elastica signed their record contract on the pool table. Don’t go for the beer, and certainly don’t go for the toilets, but this place does have a shabby charm and at least it hasn’t been ‘acquired’ by some hipster company for its dubious connections to the British music scene. 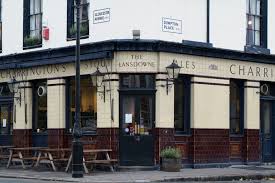 One of the things I love about Primrose Hill is that despite the fact it’s so close to the busy areas of Camden, it still remains relatively quiet on a Saturday night. While everyone else is queuing three deep at the bar, the Queens, the Princess of Wales, and the Lansdowne are pleasantly half full for most of the night. The Lansdowne gets the treatment here because of its pizza oven and its outside seating. Get there early evening on a Saturday night and you can have the run of the place.

The Euston Tap, Euston Road – time for a quick pint before the train 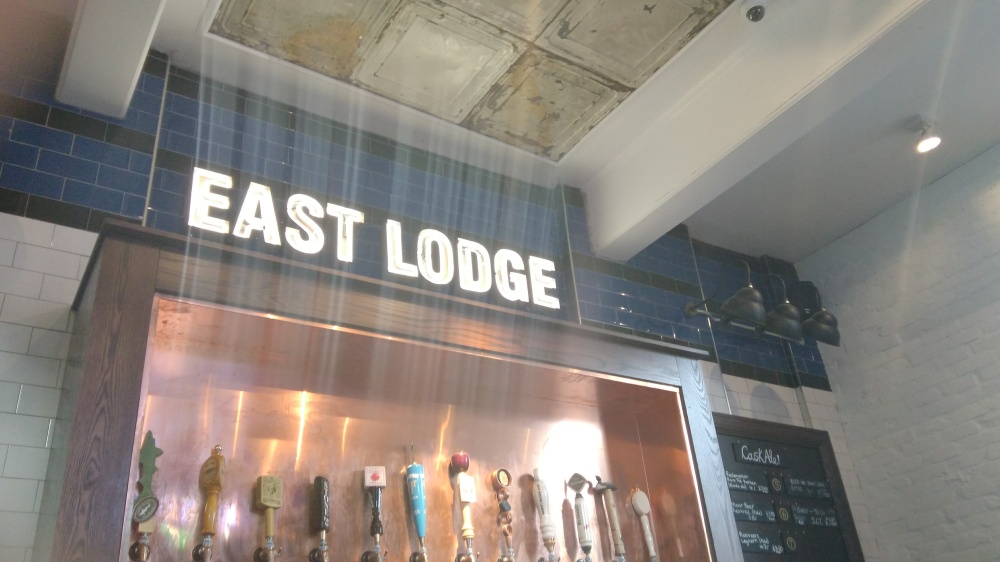 I used to love the Euston Tap for its range and its easy proximity to Euston Station, until a year or so ago when I fell out with it. Suddenly there were 20 beers on tap and 16 of them were pale ales. Scanning the extensive list I asked the barman if they had any bitter. He responded “We have an IPA that’s quite bitter”, and that was that, I never went back. I decided to give it one more try and actually it has improved immensely in the diversity of its range. There was a White Russian Imperial Stout on offer, there were other stouts, a saison, and even a sour beer. The staff still have that air of not really knowing what they are serving but there are plenty of people around the bar to make recommendations so t’aint no big thing.  Considering that the local Euston chain pubs seem to have upped their prices significantly in recent months, you may as well come here and have a decent pint before you’re stuck with the Virgin Trains Tilting Ale for the whole journey home.

Have a favourite London pub? Tell me in the comments!