If you’re a subscriber you might be surprised to see me popping into your inbox today. After a short hiatus while I got to grips with my new job I made a triumphant one blog return before getting massively overwhelmed with work again, but as you know, all teachers have massive fifteen week long holidays and so July saw me depart for the traditional, week-long holiday in Spain with three of my 600 cousins. I had been to Alcudia before but my companion booked us up with so many activities that I don’t even recall sitting down with a beer between the horse-riding in the mountains, the scuba diving, and the Dragon Caves. Our holiday drinking was divided into four categories, as follows.. 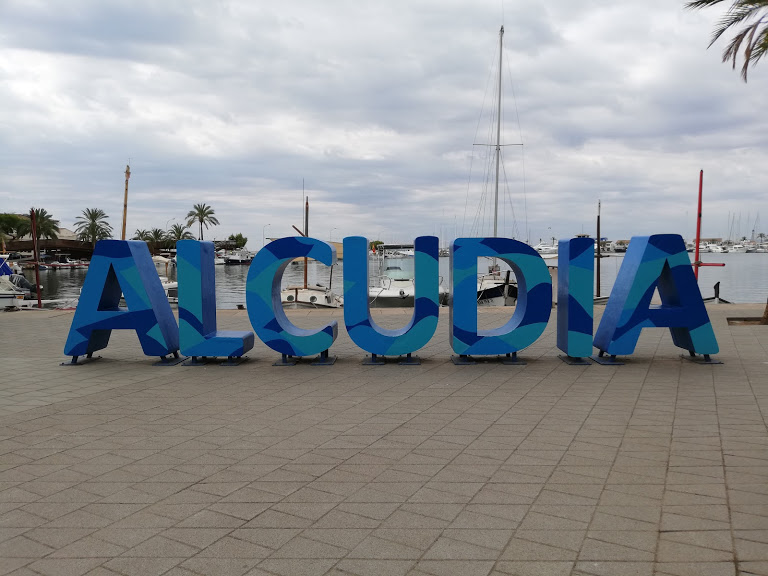 The fact is, you need a local wherever you go in the world because it’s just not the same to bounce around and never hit the same bar twice. I still remember a lot of these, the Kansas City Barbecue in San Diego where I went back after two years away, sat in the same seat, looked to my left and said “Hi Hugh”, to which he responded “Hi Kirsty” as if I had just nipped to the loo. And Charlie in the Cambridge Bar and Grill who would see our little group come in every evening at 9 and clap his hands saying in a thick Boston accent “OK girls, what we having?”.

My cousin Darren had been a rep in Alcudia so I let him do the tour guide duty that I usually take on after some intense and anxious googling. We had a late-ish flight and ended up only ready to hit the bars at about midnight when they were about to close. O’Malley’s Irish pub (tick that one off on your Brits abroad bingo card) was to become out local for the week, and Darren assured us we could get a drink there despite the late hour so we strode in very confidently only to have the dour barkeep eye us with suspicion. He went from ‘we are closed’ to ‘OK one drink’ because Darren had put about a grand over the bar the year previously, and so we installed ourselves in the front right corner of the bar. Like everyone has a favourite ring on the cooker, everyone has a favourite corner of the bar, and mine is front right for both. I think I had a John Smiths, I can’t remember, but it certainly wouldn’t be anything either craft or Spanish. I was on holiday from more than work, I declared myself on holiday from beer geekery.

When we returned to O’Malley’s the following day, our host actually greeted us. “How’s life Richi?” asked Darren with a cheery demeanor. Richi shrugged.”You want the real answer or the bullshit customer answer?” We asked for the real answer. “I hate my life, I hate my job, I wish I was on holiday like you, now what do you want?” We loved Richi.

As we began to show up both before and after our evening meal we soon became recognised as loyal regulars/drunks who would be good for a few quid over the week. One evening as we walked in the barmaid Denisa called out ‘Hola los primos!’ (Hello cousins!) and after this we demanded to be addressed as such at all times and indeed declared this slogan loudly after many a cheers, no matter where were were.

If you’re wondering what the weird dead branch is on the bar, it is apparently laurel twigs to keep away mosquitos, one of the few signifiers that we were in Spain and not in literally any English city. Another was the fact that we got a paper receipt after every round – funny how 17 euro just does not feel the same as £17 no matter how many times it’s been billed. In any pub in this country, if you’d have handed me a bill for £17 for 4 drinks I’d not be best pleased, despite that being more or less the going rate. I’m used to £10 rounds in a proper pub. In Spain though I would just lay out the Euros and carry on with my conversation, AND leave a tip. I worked out that we probably spent 700 euro between us in O’Malleys in one week and tipped about another hundred. No wonder they seemed sorry to see us go. 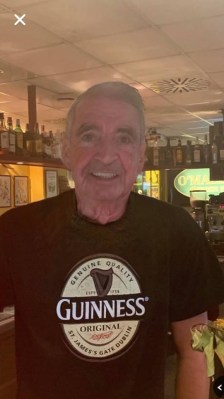 This was Faceapp, Richi is not 100

“Thanks for all the cash!”

People roll their eyes at gaudy English bars abroad but they do no harm and prevent you from having to do too much thinking. The first one we hit was called Champions and had bingo every night, half roast chicken and chips and vodka measures which were probably illegal. I won a massive 22 euro 50 on Bingo which basically paid for my meal and three massive drinks. There was an eccentric Spanish waiter who called me Senora and got a comedy withering look. Sure enough when we returned five days later he not only recognised us, but corrected himself to Senorita with a wink. How do people remember individual groups of people like this?! At one point someone in a bar across the way yelled at him “Ay! Domingo!” so I assumed this was his name until I realised it was Sunday… His name was actually Frank, so we christened him San Francisco Domingo de Mallorca for his services to our table. Just like at Funny Bunny’s, the other CEB we visited, the staff were the most welcoming and friendly of anywhere we had been, actually trying to make our holiday better. If only every bar was like that.

Their vodka measures were enough to fell a horse, and just look at this cocktail. A PINT of pina colada. With a paper parrot. In a Magner’s glass. What a beauty.

3. The best views in the world

One of the great things about being on holiday is that you can drink a beer you can get anywhere, whilst looking at the most stunning vistas the world. Plus, Estrella is a decent beer which can be expensive over here, but in Mallorca they’re knocking it out for 2 euros 80 a pint. Drinking one of those and eating fresh calamari whilst the storm clouds gathered over what we nicknamed Boob Mountain was a bit better than your average Wednesday.

4. Shoehorning in some craft because Kirsty is Kirsty 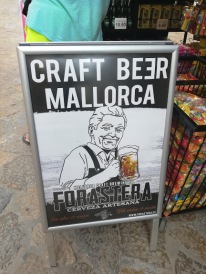 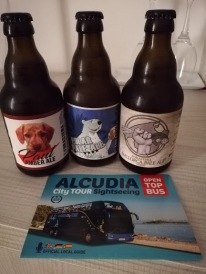 I purposely didn’t look into Mallorcan craft ale because I didn’t want to drag my unwilling cousins round a load of caves and breweries while there was sunbathing and dolphins to be had (we saw a dolphin). However one day when we were having a drink in the Port I saw this sign, and lo and behold, a fridgeful of Mallorcan craft ales. We tried an amber ale called Paul which was amusing and the best of the bunch, plus a polar pale ale which was just OK, and a Mallorcan pale ale which unfortunately was a drain poor. I don’t know what hops were going on in there but they smelled very odd and were altogether too dry and too hoppy for my taste. We came across Beer Lovers which I am told is a brewery, in old town, but it was closed. And that was that. Seeing as I am planning on returning to Alcudia next year I might look into the scene a bit more but for now, the ice cold Estrella and a pint of Mohito with a sparker in it was calling.