In the cut and thrust of Beer Twitter, where sanity goes to die, sometimes you can forget that not every bar, brewery or beer festival is a depraved, sexist, racist Hellsphere which needs urgent remedial action to prevent the fall of civilisation as we know it. Sometimes, good people just do good things, and are kind and generous and welcoming to all. Even without a charter mark or a special interest group with its own logo. 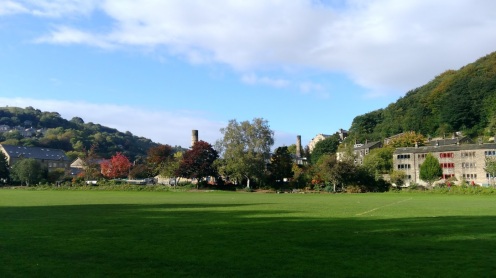 The idyllic village of Hebden Bridge hosts the Halifax and Calderdale Beer Festival – confusing for me as I had to sail past both Halifax and Calderdale on a rail replacement bus to get there. I was met by CAMRA branch secretary who announced it would be rude not call into Calan’s, a fine micropub with a resident dog and a beer garden made out of recycled cask tables. What a great place this is. Amid all the recent furore over the many micropubs added to the GBBG it was great to find a place which absolutely deserves to be in there, and in any other town it would be. But this Hebden Bridge and the standard is high. 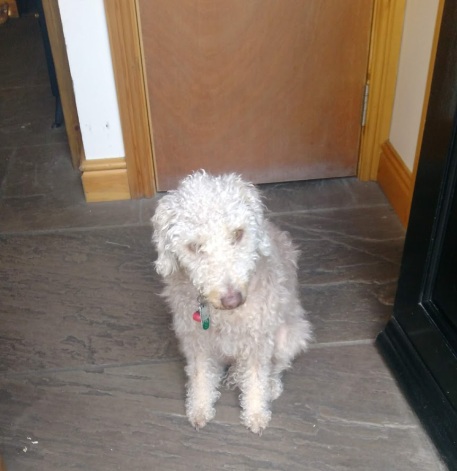 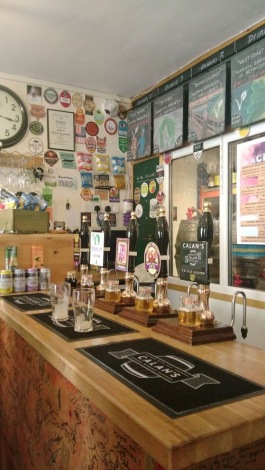 I was in town delivering a talk at the festival as part of their efforts to add a little something extra to the programme. There was a superb beer tasting sessions by Richard Lee, in which I learned how to separate taste from aftertaste (it’s all about swilling), as well as a talk from fellow beer blogger Richard Coldwell. (Although that description flatters me, it’s like saying Runcorn Linnets met fellow footballers the 1970 Brazil National Team). I also realised later that I had, in fact, met Richard before two years ago at the Left Bank Beer Festival.

Pleasingly, the gender split in the talks was 50/50, and there were an impressive number of young people and women at the festival. In fact, just like my own beer festival back in July. I asked whether there had been any kind of work or planning in this direction and was met with blank looks. That’s just how it is, because the organisation is naturally welcoming. You wouldn’t hear about this in the online bubble. People are too concerned with what Brewdog and IMBC are doing to pay attention to decent local beer festivals doing things right because no other way even occurs to them. Hooray for them, and shame on those who shun them but still dare to call themselves ‘beer bloggers’.

After my visit to Bradford to tick off my first One Direction Home Town Beer Adventure (Zayn), I came back to Hebden Bridge and back to Calan’s where there was a band playing, more dogs, and some more excellent beer. If ever there was a town which required an additional visit it’s this one, see you soon!

Thanks to Halifax and Calderdale CAMRA, especially Tony Britton, for their warm welcome.