Sheffield! Home of the Arctic Monkeys, Jessica Ennis, and Pulp. Home of two football teams, two universities, and no one sensible way of navigating the city centre.

Anyone who has been unfortunate enough to spend time travelling with me will know I will avoid taxis as if they have live, hungry, cheetahs in the back seat. I also run out of data on my phone a lot because I begrudge paying for it, and so when I visit an unfamiliar place I rely on either a downloaded google map which will often lead me into a ravine, a map I have drawn myself which looks like something out of the back of a Game of Thrones novel, or just guessing where things might be based on no hard evidence whatsoever, more of a directional intuition. As you can imagine, I do a lot of walking.

I got lost a lot in Sheffield because they’re having some sort of Pit Digging Festival where every hundred yards there are brightly coloured boards penning in unfinished building works with names like Steelworks Heights and The Full Monty Boulevard (I didn’t actually read the names). I was there for a wedding, which was situated on Mary Street. My hotel directed me to St Matthew street, then a stranger sent me in the wrong direction once more, then even a policeman had no idea where it was and had to consult google maps. When I finally found the venue, it was next door to the Sentinel Brewing Co, so not only did I miss the actual wedding ceremony but I could have been pre-drinking all morning. Congratulations Alan and Gemma, sorry I missed the most important part but at least I was there for the Conga.

The Itchy Pig – Worth the hike

A call for pub recommendations turned up The Itchy Pig, where they were expecting to pour Chapter Brewing’s Tired Eyes. It looked to be a twenty minute walk from my hotel in the City Centre so I set off. On the map I had looked at 48 hours earlier it had appeared like it was down the street from a hospital, so I followed signs for that, saw a large building with big windows, and sort of headed towards it. Once at the hospital I continued down the road at a guess, then came to a four way junction, the natural enemy of the unprepared, wandering moron.

Amazingly I picked the right direction which was a ten minute slog up a very steep hill. I passed two pubs on the way, and was about to just give up and duck into one of them when I saw the Itchy Pig shop front and congratulated myself on having saved £3.60 in a taxi although I was nearly dead from exhaustion. I was one of eight people in there, including the affable barman, a man hanging some hops on the wall, and a Beer Gang (mixed group of beer enthusiasts day drinking and discussing recent festivals).

Tired Eyes noticeably not on the menu, I opted for an Abbeydale Wanderer #2 Gooseberry Saison which was refreshingly sour. (Gooseberries are a fruit I have never consumed unless they were in beer, I really think they’ve found their calling). The Itchy Pig was a lovely bar. There were 12 beers on tap, a pleasant aroma of hops, and a lovely welcome even for a heavy breathing and slightly rain-damp woman in a wedding outfit who looked lost and demented.

My ‘hotel’ turned out to be some kind of church-related accommodation, which is what you get for booking the cheapest place you can find and not reading the description properly. Their attempt at breakfast consisted of a kitchenette with free access to yoghurt and apples which was not doing the job for me after a night on the wine at a wedding, so I headed to the old reliable Wetherspoons. The building is nice, if not very inventively named, and it would have had a lovely view of a church through a big picture window if not for a giant orange sticker proclaiming ‘ BAR AND FOOD’.

As I wandered through I noticed a glass panel which said Glass Collection Greg. I looked at it for quite some time, wondering who Greg was and why he needed his own inscribed window before I realised it said Glass Collection Area in a cursive font. It was at this point that I decided I probably shouldn’t start topping up the old alcohol levels until the sun was over the yard arm. Looking for something to sightsee, I wandered into the cathedral but there was a mass going on, so I was stuck there for 20 minutes paralysed with social anxiety whilst trying to avoid communion. No fewer than three clergymen shook my hand on the way out, so I took that to be a sign that I was living my absolute best life by writing on the internet about beer for no money and headed off to the other side of the city and Kelham Island.

Using my downloaded and temperamental google map I tried to navigate to Fat Cat and ended up finding it by accident. This was one of the few Sheffield pubs I had been to before, I had ordered a Sunday dinner but had not eaten my Yorkshire pudding, and even though it was about three years ago I was worried my photo might be on the wall or something, so I went into the bar and kept my head down. I had a hazelnut milk stout which I had entered into my notes as by Little Something, a brewery which does not exist on untappd. I realise now that it was Little Critters, and that ‘something’ was a placeholder because I couldn’t remember the name. Topping up the levels! 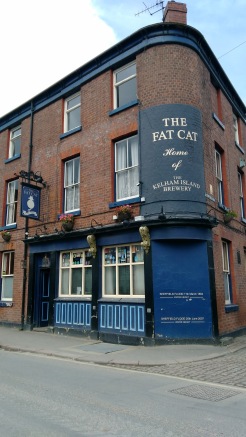 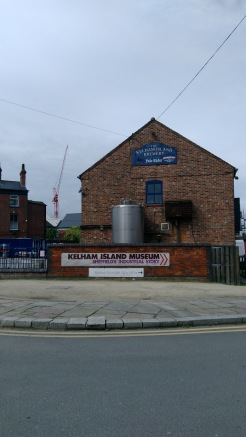 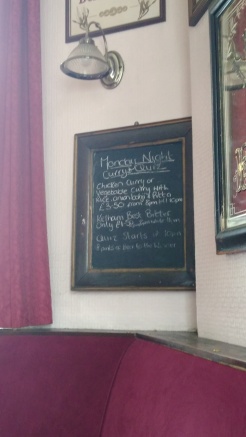 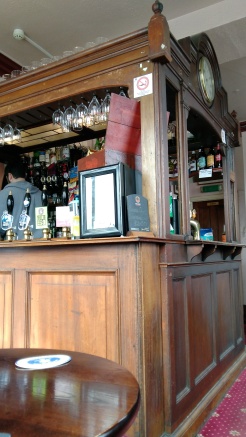 The Fat Cat were doing a bomb on food while I was there but the bar wasn’t too busy. It feels like your Nana’s living room in the sense that it’s quite old fashioned and it smells of roast beef all the time. Fat Cat serve beers from the Kelham Island brewery, which is next door, and seem to choose the rest of their fayre by how stupid you sound ordering it. Recent offerings have been Zombies of the Stratosphere, Getting Caught in the Rain, and Dr Fox’s Cunning Linctus. I also noticed their Monday quiz night starts at 10pm! Is that the latest quiz night in the country? You win eight pints which is one in the eye for responsible drinking.

On the world’s worst map I could see that one street away from Fat Cat was the Kelham Island Tavern, so I decided to give that a try. How glad I am that I did. It’s not often that I go into a pub and it immediately rockets into my all time top 40, but that’s what happened. The Tavern is small and old fashioned. There was a dog in there being fed boiled ham by the landlord, and everyone who came in was greeted by name (except me, that would have been terrifying as I’ve never been there before). At one point, someone walked in and casually placed a tray full of yorkshires filled with chicken, veg, and gravy on the bar and people just started eating them, so I imagine this is a regular occurrence. In the small bar room punters were sat at distinct tables but they would periodically throw a grenade of banter across to someone else who would respond in kind, mindful nevertheless of a sign behind the bar which stated there was a no swearing policy. 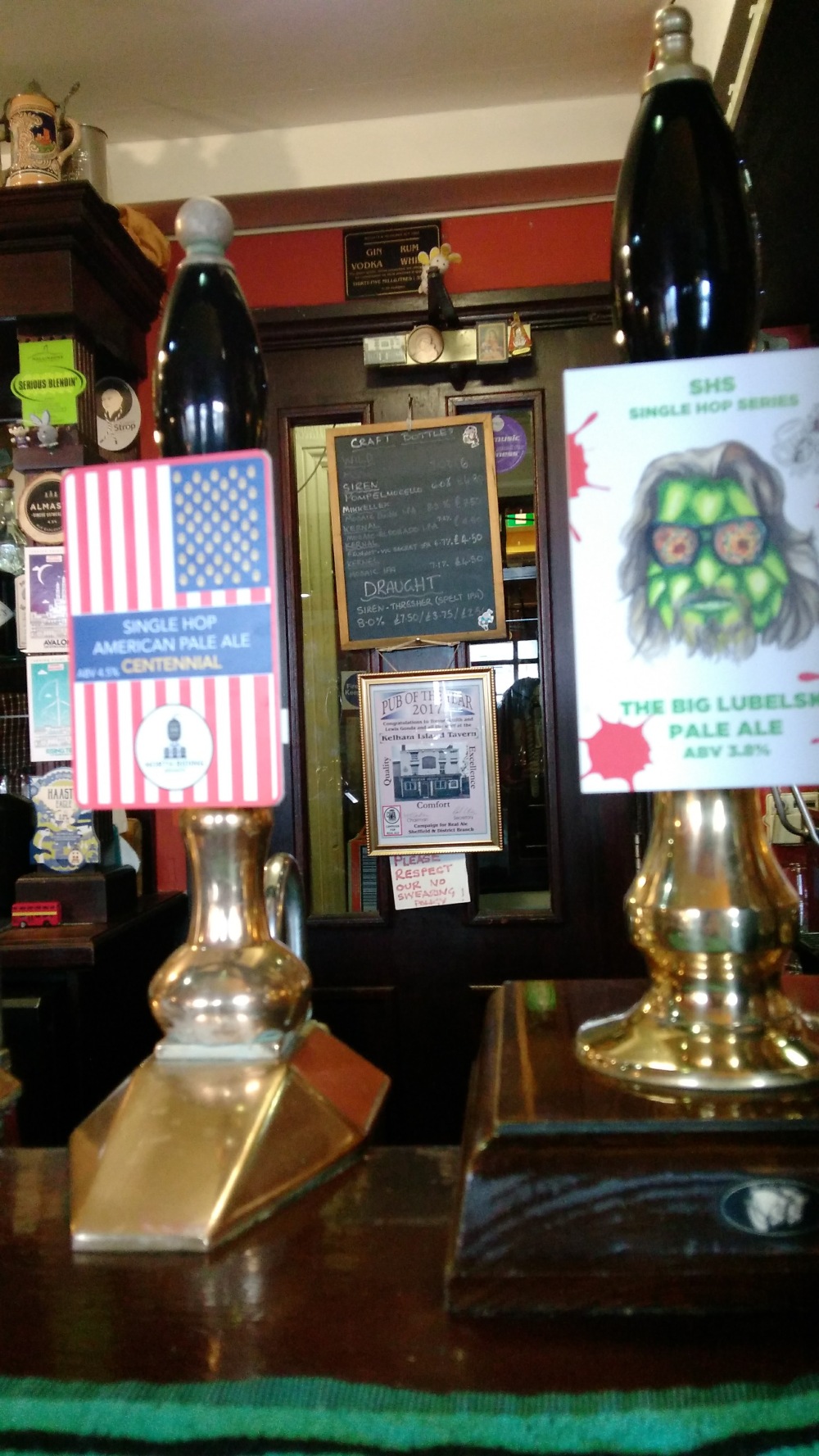 I’ve always thought of policies like this as a bit draconian but this was such a lovely haven from real modern life that a casually dropped F-bomb would have been jarring.  Unsurprisingly, this was Sheffield CAMRA’s 2017 pub of the year, and well deserved it was too. I had two from Acorn brewery, their Old Moor Porter and a Barnsley Bitter, because I didn’t want to leave. Alas, I had trains to catch so I moved on so I could head back into the city centre.

Shakespeare’s –  The Return of Seabrook Crisps

I walked in the direction I assumed the city centre to be in, and as luck would have it, stumbled upon a pub someone had recommended – Shakespeare’s. A sign in the vestibule declared it to be a Tasteless Fizz Free Zone. Shakespeare’s has a number of rooms so it was difficult to see how many people were in there, but I counted about four including me. The Kelham Island Tavern had about twenty five just in the bar when I left. I saw there was a gose on tap so I asked for that and was informed that it was a bit fishy because it had langoustines in it – this was Marble and Holy Crab’s famous Langosetine which I had heard of but never managed to sample. There was indeed a very slight fishy aftertaste but it was more like eating a scampi fry than being battered round the head with a mackerel, so nothing to be unduly perturbed about. 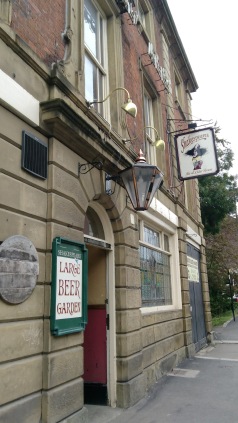 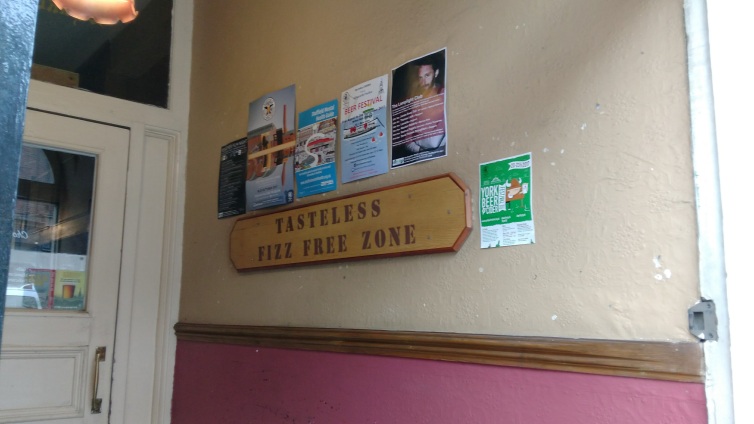 Shakespeare’s looked like a great pub to come and drink with a wide variety of beers, but it’s sheer size meant that the atmosphere was as dead as the langoustines. I was pleased to see Seabrook crisps for sale though, not seen them in a pub for quite some time. After a few minutes two students came in and engaged the barman in getting recommendations for good pubs in the area and the topic of the railway tap came up. I said I’d also been told to go there and the barman responded that I would need ‘a million pounds’. Standard railway pub then.

Because I got lost again I never made it to the Tap in the railway as I was late for the train but I would hate to think I won’t make it back to Sheffield very soon. Only next time I’ll make sure to bring a map.