Greetings readers, I apologise for no posts in a while but I have been on my travels on the other side of the world to bring you tales of Australian beers, pub culture, how much champagne you can drink in Business Class, and how hard it is to find a bottle opener which doesn’t feature kangaroo testicles.

Over the next week I will be posting a four part series about my adventures Down Under. Before I do, a few caveats. I only visited Sydney, Canberra, the Gold Coast, and Jindabyne, all on the bottom Eastern part of Australia, across New South Wales, ACT and Queensland. Things could be drastically different in other parts of the country and I am happy to return should the Australian Tourist Board wish to pony up. Also, I may use the term Australians and mean the white population. When I’m specifically talking about indigenous Australians and Torres Strait Islanders I’ll use those names.

When Captain James Cook landed in the Rocks area of Sydney Harbour, he had beer with him. There is nothing, no monument and no plaque, to mark the spot that Endeavour anchored and where Cook and the early white settlers came ashore. There are, however, a lot of pubs.

Rocks Brewing Company has a pub, Harts, where the namesakes of its beer range are either convicts or lawmen and are depicted on the walls. The Rocks in the 1800s was not the hipster paradise it is now, full of artisan jewellery, street food, and yes, craft beer. It was a slum where families would live with up to twenty people to a room. It was rife with crime, and as rum drinking started to get out of hand the governors decided to push beer as a low alcohol alternative, just as the Victorians did when London had a gin problem. The brewery now has outgrown the Rocks itself, but the founders still pride themselves on their convict forefathers, brewing to as close to original recipes as they can. 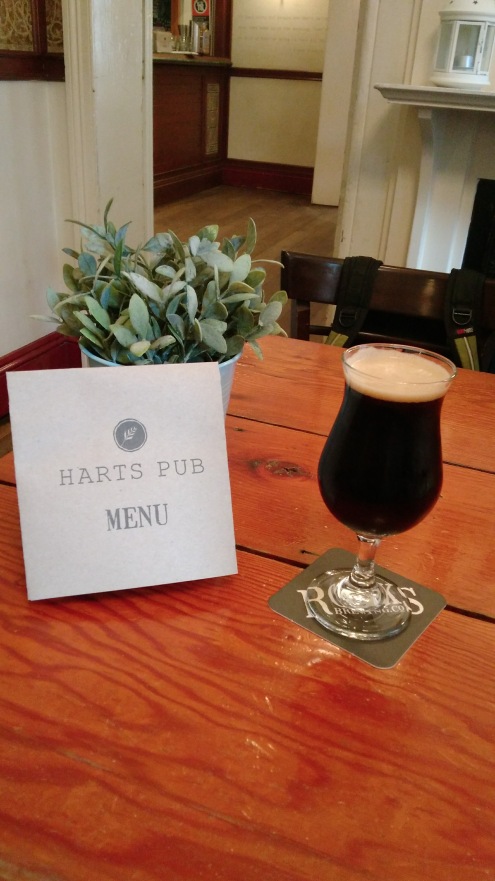 Sydney is packed with good bars, and the presence of a good few breweries in the local area certainly helps the city to cater to ale drinkers. Sydney raised my expectations in terms of Australia’s passion for craft beer (they go with this term almost exclusively over craft ale or real ale). Certainly, they seem prepared to pay an eye watering amount for their craft beer.

A word about beer measurements in Australia. This may be hard to believe, but it was over a week before I was able to order something in a pint. The schooner rules, certainly on the East Coast, and that is the standard serving. (A schooner is ⅔ pint). In the cities a schooner can cost you about $8 in a standard boozer. That works out as £4.85 a pint. In a normal pub. A six pack of lager can cost £12, more on that later.

Myself, my eldest brother, and his wife, visited the Rocks Brewing Company pub as part of a walking tour of Sydney’s history of alcohol. And what a history it is. Rum was genuinely used as currency, so fond of it were those men and women who had stepped off the Endeavour, and when there was a shortage of actual cash. When they were weaned off the rum, it was ales they switched to, with lager not making an appearance until eighty years after the first brewery was founded in Australia.

A possibly controversial opinion – a lot of Australian ‘ale’ just tastes like lager to me. I found almost all beer there to be slightly fizzy, and the Cooper’s Pale Ale (the oldest brewery in Australia) reminded me of Peroni, though they do not refer to it as lager at all. Not that I’m complaining, I find many pale ales and especially IPAs excessively floral and the Cooper’s very drinkable in front of the telly.

When we asked our tour guide Lucy for a bar recommendation in Sydney she pointed us to a place called SG or Spooning Goats (apparently the name was a little too risque for the local council even though it only refers to the pub’s two collections; goats and spoons.) Hidden away in a basement next to a convenience store the place is desperately trying to be the Mos Eisley cantina, and darn it if it doesn’t pull it off. The spoons and goats seem slightly relegated to the corner as the Star Wars collectibles have taken over, and the clientele were a little more formally dressed than I expected for what has the carefully curated look of a dive bar, but then they were probably office workers, this being the Central Business District.

“You’re having a laugh, mate” 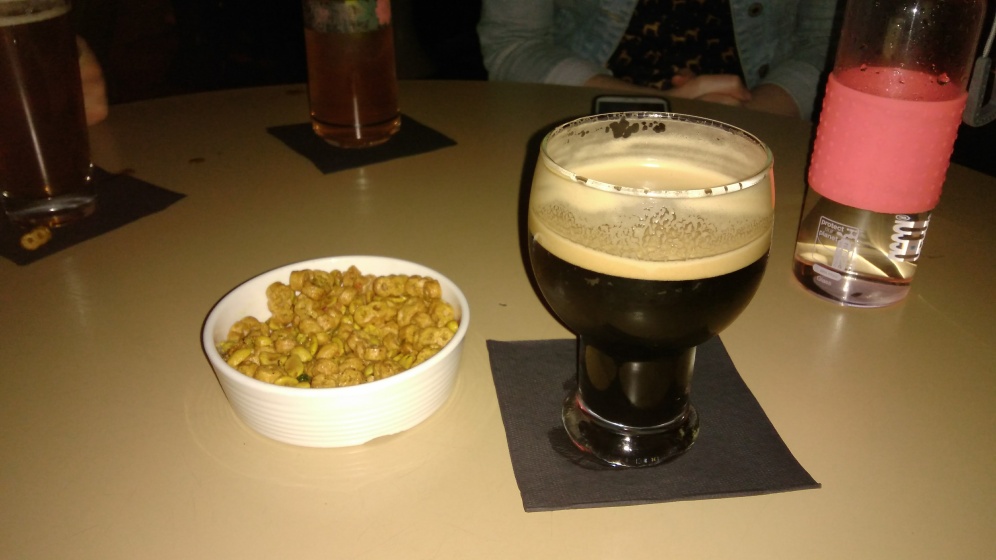 Dry cereal which I ate all of

I had a Nitro Stout from 4 Pines Brewing, and almost spat it out when I saw the prices of some of the bottled beers on offer. On closer inspection, they were mostly quite rare and lovely beers such as Alvinne’s Cuvee d’Erpigny, which is 8 months aged and brewed in specific French barrels and all the rest of it. That was selling for $31 a bottle (roughly £18). The De Molen Imperial Stout was $34 (£20) for a 330 ml bottle, it must have been on the seat next to me in Business Class on the way over. If you want a taste it’s currently on Beer Gonzo for £6.60 a bottle. We were also issued with a bowl of dry breakfast cereal which tasted like Bombay Mix. Not sure what was going on there.

As the prices in bars in Sydney can range from “How much?!” to “You’re having a laugh, mate”, a lot of Sydneysiders apparently drink at home. For this you need the Bottle-O, (the offy), or a supermarket like Cole’s or Woolworths (not that one). We weren’t staying in Sydney but in Bondi Beach, so we were limited to the local Cole’s. Bottled beer is also expensive  in Oz, though you can get deals every now and then. Your standard Cooper’s Pale Ale will set you back £12 for a six pack. I was introduced to White Rabbit’s dark ale which was just a bit more expensive but very worth it. There didn’t seem to be much opportunity to buy single bottles, outside of brewery taps, and so in order to not bankrupt myself I mostly played it safe and stuck to beers I’d already had on tap. In the rows of fridges in the Bottle-O a good 80% of the beers were pale, I suppose when you live in Bondi there’s not much call for a stout, even in the winter (which it was) the sun was hot during the day and lager and pale ale seemed a much more reasonable choice.

On our last night in Sydney we were busy watching the Opera House light up and the giant fruit bats flap off to hunt over the park when we bumped into an American tourist, Chris Myers from Alabama. We got chatting and he invited us to check out the rooftop bar of his hotel, the Hyatt. For this we needed to take a ferry, which was excellent idea as the city was lit up in all its glory and we got a fantastic 360 degree view of the harbour taking in the bridge, the opera house, and the gaudy neon of Luna Park. Zephyr, the rooftop bar of the Hyatt Regency is the only one with an open air section, which makes it a very hot spot on a Friday night. From the look of the three of us, who had been doing tourist things in jeans and trainers all day, I can only imagine the other well-dressed patrons thought we were either incredibly famous or had been allowed in from under a railway arch for a warm. Somehow our $20 cocktails were free, not sure how that happened. The feature story on this blog in the Runcorn Weekly News hadn’t even come out yet, so it can’t have been that. Anyway, they were very nice cocktails. Mine had strawberries. All of the six beers on the menu were either pale ales or lagers, so don’t think you’re missing out on a once in a lifetime chance to read about them, they were just standard Australian pale ales and Peroni. And they were £8 each.

From Sydney we were off to Canberra, the nation’s capital. Tune in next time for tales of homebrew, Nelson Mandela, the pub I made my local, and how indigenous Australian brewers did their thing.