Hull eh? European Capital of Culture 2017 and also hosting Radio One’s Big Weekend – who would ever have though it? Let’s face it, when you’re idly wondering where to spend a weekend, Hull was probably on the list between ‘Grimsby’ and ‘Let’s just stay at home’’. However, I like Hull. It has nice buildings, and a harbour, and some attractive pubs, and everyone is nice to you. Plus this year they have free entertainment and installations for the Capital of Culture, so I’m going out on a limb and saying this is the best year in History to visit Hull. If you do, here are some pubs for you. 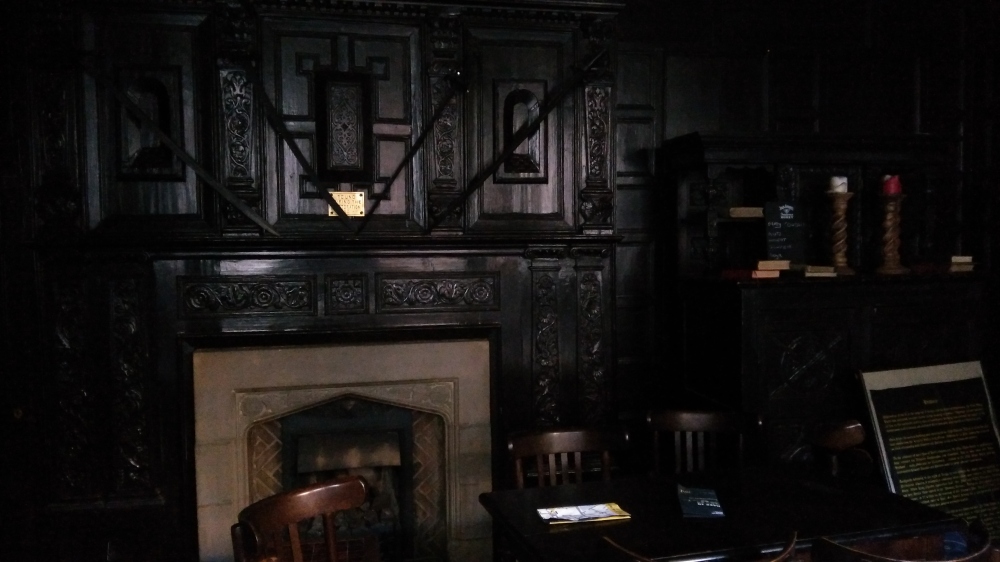 Now I’m the first to admit that my discourse can lean a little towards the ‘piss and wind’ category after a few beers but in the Olde White Hart a pub conversation ended up starting the English Civil War. Sir John Hotham, former MP for Beverley, was having a few jars upstairs in the Olde White Hart,and decided that he wasn’t going to let King Charles I into the city of Hull to get hold of an arsenal of weapons belonging to the Parliamentarians. (Claims that they also planned to “just sell up everything and run a pub in Spain” have been unsubstantiated.) There’s now a friendly hand written sign saying that you’re very welcome to come and have a look at the Plotting Parlour without buying a drink first, which is nice. This pub is Old old. I was sat in a snug which had a human skull behind the bar and I didn’t even notice. It’s that kind of place.

There are 11 ceramic bars left in the UK and two of them are in Hull. Sitting snugly in the portion of the Venn diagram where ‘people who like historic pub interiors’ and ‘people who have a ticket to Hull’ cross over, was me. However both pubs were shut on the day I chose to go. The Polar Bear seems to have taken some kind of rock pub persona and was closed on Sundays, whereas the White Hart was just deserted and locked. There was a hastily written note on the door with a mobile number for hotel guests to call which is probably being uploaded to Trip Advisor as we speak, but there was no movement in the pub and I couldn’t see through the windows. This means to see a ceramic bar I’ll have to go all the way to Preston. And you think your life’s hard!

The Wetherspoons app tells me that at St Mary’s church opposite this pub there were three successive John Scotts acting as vicar. Terrible naming of a pub! And a pub which used to be a Post Office! There were so many postal-related options and they went with a triumvirate of vicars! What a world… Anyway this is a standard Wetherspoons with nothing to write home about (pun intended). It is, however, near some of the famous Hull fish trail, possibly the most underwhelming tourist attraction I have ever experienced. The only slightly exciting moment on the fish trail was when I was promised a shark was rendered in stone outside a bank in the town centre but they had dug up the road. I felt personally injured by this.

As frequent travellers on a budget will know, sometimes the cheapest ticket options leave you at a loose end for several hours whilst waiting for your very specific train to arrive. Transpennine Express had actually booked me onto a Ghost Train, that is, a train which appears on the booking schedule, but doesn’t actually exist, so I had a few hours to kill with my friend Biggie. He holed up in Oscars which was quite quite empty, showing  all the premier league matches, and serving a decent pint. This is one of the highest rated bars in Hull so if you’re heading down to Big Weekend and fancy a cocktail you might well be directed here. Can’t say I had anything as fancy as that but it was clean, and the staff were nice. And there were no skulls behind the bar.

The Green Bricks – I didn’t go in, but look at it!