Organising a piss up in a brewery puts you at risk of all sorts of ridicule, so it’s a brave company that attempts it, and it’s almost inevitable that something will go wrong. When I arrived at Mad Hatter’s new site on Lightbody Street, Liverpool, the power had gone out.

The blame was placed on the fairy lights which had been strung along the wall of the industrial unit to give it a festive glow, and within a few minutes the tunes were spinning again and the momentary excitement gave way to huddled sipping. There were six beers on tap, including Penny Lane, Nightmare on Bold Street and my personal choices, the Harvest Saison and the wonderful Liverpool Tart gose. (I had a cold so I didn’t even have to give away a single drop to curious friends, what a seasonal bonus.) 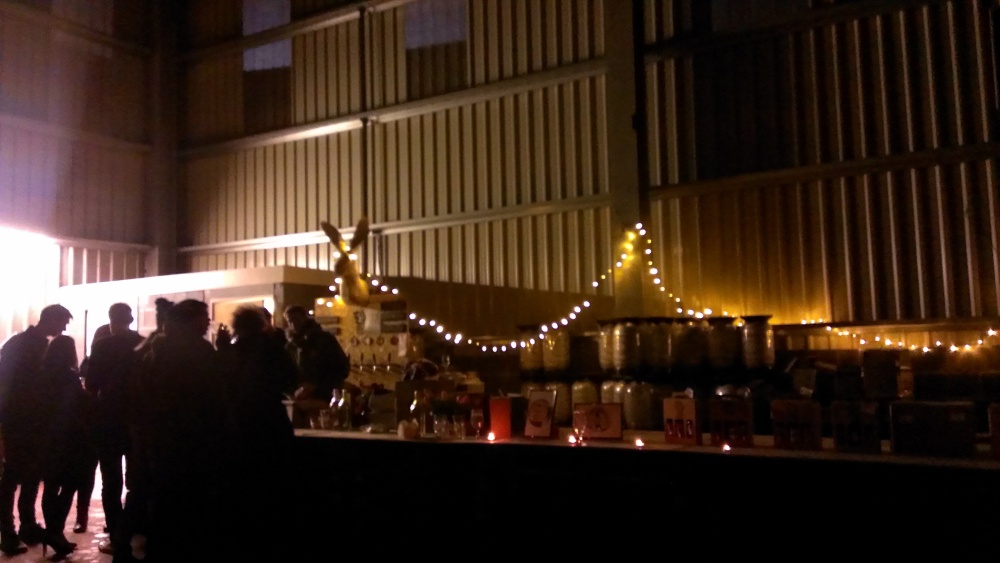 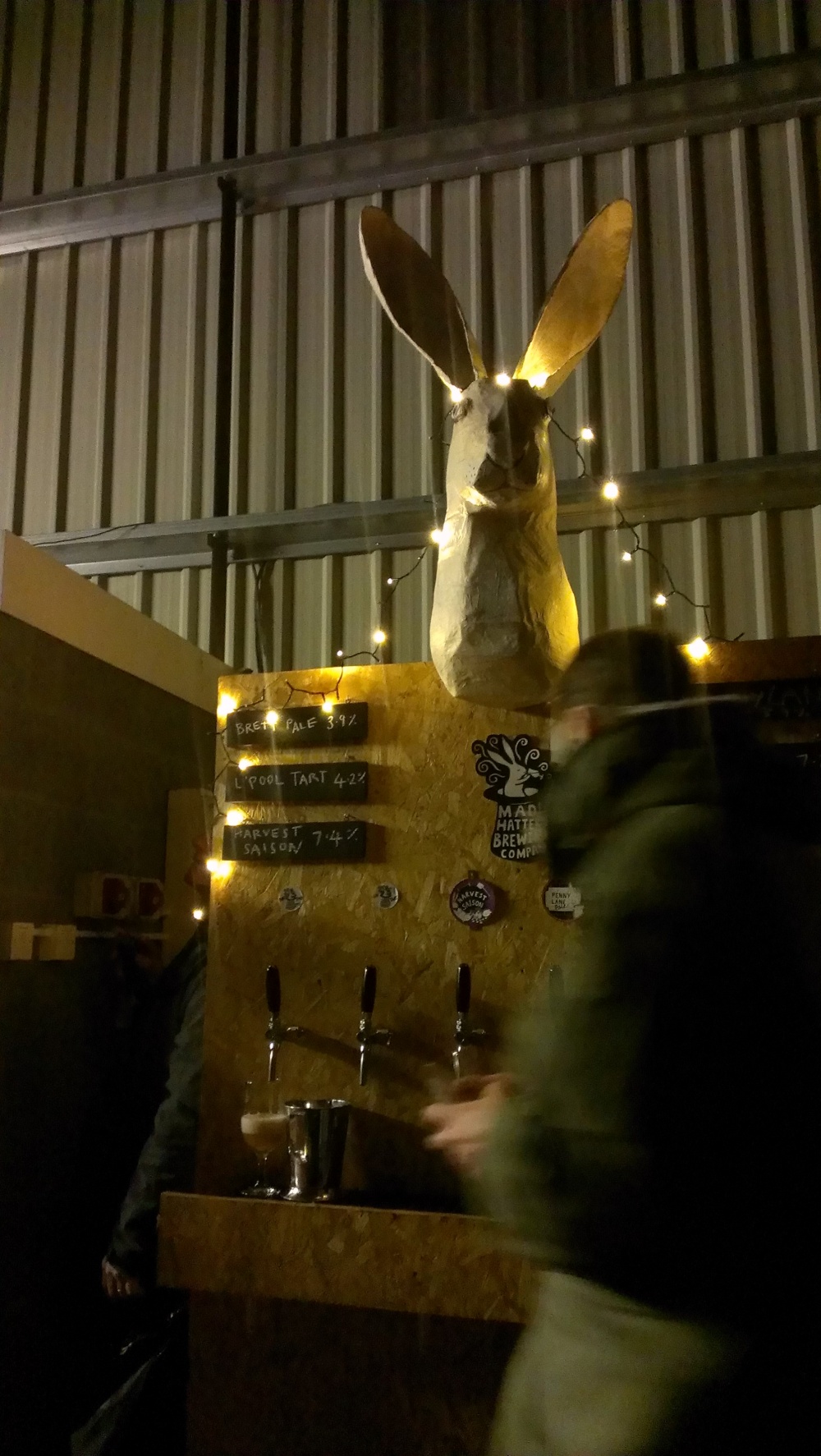 Mad Hatter moved from their Baltic Triangle home in search of more space as they start to expand, and the sight of four shiny tanks at the back of the unit was a cheering one. The £35k a year unit comprises not just the warehouse but the railway arches and a substantial yard which makes one wonder whether this will be the first of many open events at the brewery – they’ve certainly got the room for it and there is definitely an event on the cards for March 2017. This is their second move since their humble beginnings in a 400 sq foot unit back in 2013.

I bought myself an early Christmas present of a gift set comprising Figgy Bastard, Salted Caramel Quadruple and Schwarzwalder Kirschtorte – or as the gentleman serving me referred to them ‘the big boys’. The notes on the Quadruple suggest that it will age well, whether it gets the chance to in my house is another matter, I might make it until Boxing Day but even that’s a stretch. You can buy the Christmas box sets at Londis Penny Lane and Crosby Beer Shop if you’re local, and you can get Mad Hatter products through Beerhawk if you fancy getting yourself or a loved one a festive treat. 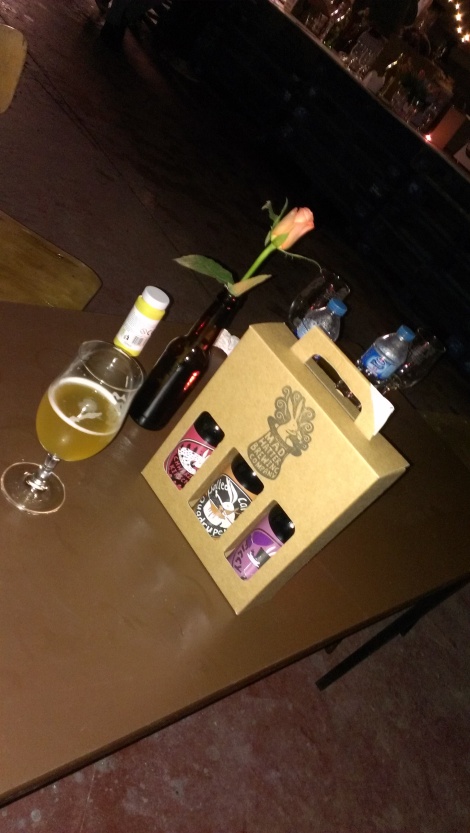